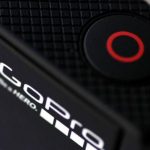 The American tech company, GoPro on Thursday unveiled its  “Mobile OverCapture” for its 360-degree camera “Fusion” on iOS. Mobile OverCapture will empower the users to reshoot a video repeatedly from several perspectives. The company also announced to reduce the price of its Hero6 Black camera by around $125. The device is now available for around $580. The company said in a … END_OF_DOCUMENT_TOKEN_TO_BE_REPLACED 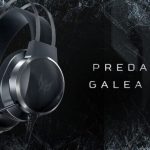 The Taiwanese hardware and electronics pioneer brand Acer has launched “Predator Galea 500”  gaming headset on Thursday. The “Galea 500” headset is powered by the company’s “TrueHarmony 3D Soundscape” technology which offers a sound experience. “We are happy to launch ‘Galea 500’ gaming headset and ‘Cestus 500’ gaming mouse that has been designed to appeal to the hardcore … END_OF_DOCUMENT_TOKEN_TO_BE_REPLACED 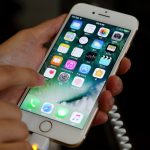 According to Yahoo’s Flurry Analytics, the worldwide App usage rose 6% in 2017 as users continued to spend more than five hours a day on their smartphones, but was still less than the 11% witnessed in 2016. Looking into the shopping category specifically, it grew by 54% as consumers spent on e-commerce via mobile shopping apps. “Users are increasingly comfortable making … END_OF_DOCUMENT_TOKEN_TO_BE_REPLACED 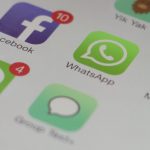 According to reports, WhatsApp is working on a new feature for group users on its platform. The feature essentially enables one admin to ‘demote’ other administrators of a group, without first deleting them from the group and then adding them as normal participants. It simply means WhatsApp group admins can now take down others’ admin status without removing them from the … END_OF_DOCUMENT_TOKEN_TO_BE_REPLACED 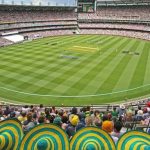 The historically significant Melbourne Cricket Ground (MCG) has received an official warning after the pitch for the fourth Ashes test was rated ‘poor’ by the International Cricket Council (ICC) earlier this month. The track essentially came into limelight after it drew criticism from both teams after the drawn match between Australia and England saw only 24 wickets fall … END_OF_DOCUMENT_TOKEN_TO_BE_REPLACED